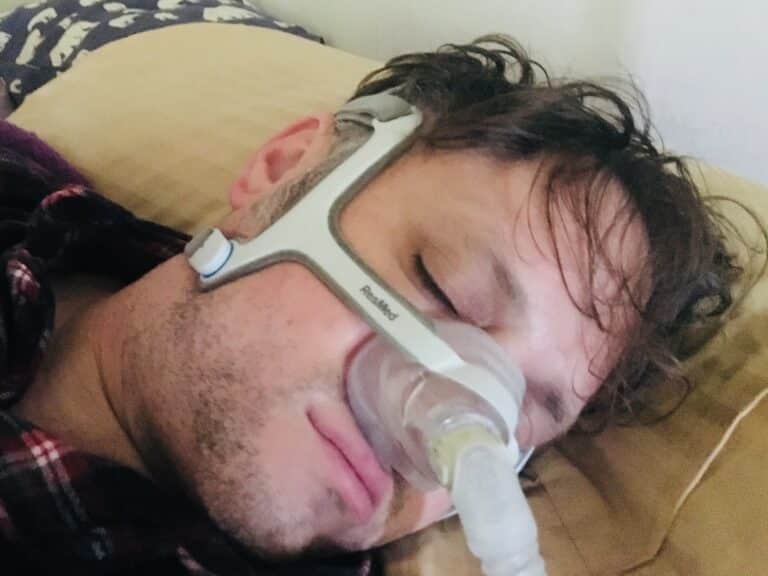 Sleep apnea and snoring: 8 warning signs to look for

Obstructive sleep apnea is a serious sleep disorder in which people stop breathing for 10 seconds or more at a time. Snoring can be a key sign of obstructive sleep apnea — but at some point in our lives, we all snore. A cold or allergy can block nasal passages, a few drinks too close to bed will automatically relax tongue, palate and throat muscles — and before we know it, we’re unconsciously forcing air past soft tissues, causing vibrations that escape as a snore.

“Snoring can be normal and not something to worry about,” said sleep specialist Rebecca Robbins, an instructor in the division of sleep medicine for Harvard Medical School. “When it’s loud, raucous snoring, or it’s interrupted by pauses in breathing, that’s where we start to get concerned,” Robbins said.

It’s estimated that at least 25 million Americans and 936 million people worldwide may suffer from obstructive sleep apnea, with many more undiagnosed.

‘It can be very, very scary’

It’s called “obstructive” sleep apnea because unlike central sleep apnea — in which the brain occasionally skips telling the body to breathe — obstructive sleep apnea is due to a blockage of the airways by weak, heavy or relaxed soft tissues.

“You’re making the effort with your belly and your chest to try to get the air in and out, but because of the obstruction in the upper airway, you can’t. Often you aren’t aware of this struggle, but it can be very, very scary for anyone watching,” said sleep specialist Dr. Raj Dasgupta, an associate professor of clinical medicine at the Keck School of Medicine at the University of Southern California.

If left untreated, obstructive sleep apnea puts you at high risk for hypertension, heart disease, Type 2 diabetes or depression, even an early death, according to the American Academy of Sleep Medicine.

How can you tell when your snoring has become dangerous to your health? Sleep experts use a sleep questionnaire with an easy-to-follow acronym: STOP BANG.

Snoring is a key indicator, so it’s a no-duh that it leads the list of potential warnings signs. But this is no pitiful, whimpy snore, and certainly not a snore that anyone could ever call “cute.”

“We’re talking loud, obnoxious snoring, the type that would drown out conversations or be heard through closed doors,” Dasgupta said.

“Some of the very descriptive bed partners of my patients with obstructive sleep apnea describe their partners’ snores as listening to a ‘dying bear’ or a scene from ‘Jurassic Park,'” he added.

Being really tired during the day is a prime indicator of poor sleep. Combined with snoring, it can be a telltale symptom of sleep apnea. “Daytime sleepiness is one of the strong predictors of sleep apnea,” Robbins said. “Falling asleep anytime you have a moment — sitting down for a break after lunch, in a movie theater — those are all hallmark symptoms along with fatigue and taking the house down with your snores,” said Robbins, who coauthored the book Sleep for Success! Everything You Must Know About Sleep But are Too Tired to Ask.

Many people — if not most — have no idea that they snore at night. Nor do they know they stop breathing during the night — unless the blockage is so bad that they wake up gasping and choking.

“The O stands for observed apnea, and that’s actually worse than just snoring,” Dasgupta said. “An apnea means no flow of air — no air coming in no air going out. You’re not breathing. Observed apnea is really a red flag.”

Bed partners are often key to the identification of obstructive sleep apnea. “Watching your partner stop breathing, snore, cough or gasp for air are all signs the snoring might not be normal, and then it is something that deserves attention from a sleep specialist,” Robbins said.

Obstructive sleep apnea can lead to hypertension. Every time a person stops breathing for a few seconds, the body’s sympathetic nervous system goes into action and raises blood pressure. In addition, the body releases stress hormones called catecholamines, which can also raise blood pressure over time.

While having hypertension by itself is not a sign of a sleep disorder, it can be a warning sign when combined with other telltale signals. Fortunately, treatments for obstructive sleep apnea, like continuous positive airway pressure, or CPAP, have not only been shown to help with sleep apnea, but they also lower blood pressure.

B stands for BMI

Body mass index is a score commonly used to indicate levels of weight. To measure BMI, health professionals use height and weight data to track changes in weight relative to height. Your weight is considered normal if your BMI falls between 18.5 and 24.9. You are deemed overweight when your BMI is between 25 and 29.9 — and a BMI of 30 or more indicates you are obese.

People who are obese or extremely obese — with a BMI of 35 and above — are frequently found to suffer from obstructive sleep apnea because the extra weight in the mouth, tongue and neck collapses those soft tissues, making it more difficult to easily breathe without snoring.

“Weight loss can be a big part of the recommendation from a health care provider for addressing sleep apnea,” Robbins said. Obstructive sleep apnea has been on the rise around the world as obesity has reached epidemic proportions, but it wasn’t seen as frequently before the 1970s, she added.

“In sleep medicine we joke that Humpty Dumpty was one of the first cases of obstructive sleep apnea because he had a big belly and probably extra tissue around the soft palate. He was at risk for falling asleep all the time and falling off the wall,” Robbins said.

“That was a nursery rhyme and at the time, an anomaly. But now, unfortunately, it is becoming increasingly common with the increased body mass index we’re seeing across the country and the world,” she added.

A is for age

Muscle tone weakens as we age, including in our soft palate and neck. So being over age 50 is another potential signal that your snoring may be — or turn into — obstructive sleep apnea.

There is some good news — studies are beginning to find that sleep apnea in the elderly tends to be of a mild to moderate kind, with the more severe cases occurring at younger ages.

N is for neck

Having a large neck circumference, either from being overweight or genetics, is also a key indicator of potential obstructive sleep apnea. “Now you don’t want to be a weirdo and start measuring your loved one’s neck build at night,” Dasgupta said. “The rule of thumb is always going to be a collar size of greater than 17 inches (43 centimeters) for a male, and greater than 16 inches (40.6 centimeters) for a female will put you at a higher risk for sleep apnea.”

G is for gender

Are you a man? Then unfortunately, that, too, makes you at increased risk for obstructive sleep apnea. Some of the reasons may be that men tend to have fatter tongues and carry more fat in their upper bodies than women, especially in the neck. Men also tend to have more “belly fat,” which can make breathing in general more difficult.

“However, we definitely see a lot more obstructive sleep apnea in women after menopause,” Dasgupta said. High-risk needs evaluation. Now it’s time to score your risk. Give yourself a point for every “yes” answer. If you scored between 5 and 8, you are at high risk of having obstructive sleep apnea and should be evaluated by a sleep specialist.

The treatment of choice for sleep apnea is the use of a continuous positive airway pressure, or CPAP. By pushing air into the lungs through a nose mask, the device helps keep the airway unobstructed throughout the night.

Weight loss can significantly decrease — or even eliminate obstructive sleep apnea, as the loss of tissue mass in the mouth, tongue and neck eases pressure on the airway. Doctors can also prescribe an oral appliance designed to enlarge the airway by moving the tongue or jaw forward.

If anatomical issues, such as nasal polyps, enlarged tonsils or adenoids or a deviated septum, are contributing to the apnea, surgery may be recommended.

Mild cases of sleep apnea may respond to “positional therapy,” a fancy way of saying keeping sleepers on their sides instead of back during sleep, which can improve airway flow and reduce snoring.

“I’m a big fan of simple, homemade solutions, such as sewing tennis balls into the back of pajamas to keep people from turning onto their backs,” Dasgupta said.

“You can get even more creative by putting a bra on someone in reverse and then putting tennis balls in in the cups,” Robbins suggested. 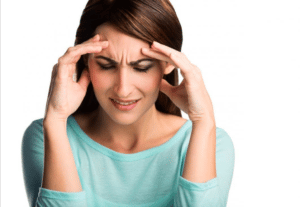 More Than A Headache 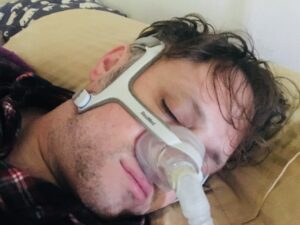 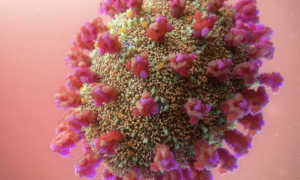 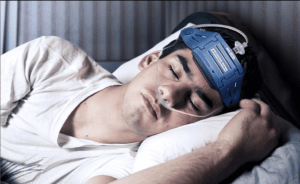 How Does a Sleep Study Work?